When Corné Van Bedaf and his wife, Conny, moved from the Netherlands to Carrington, North Dakota, in 2008, following a seven“year stop in Alberta, Canada, they brought more than their hopes and dreams. They also brought their passion for Fendt tractors, which are especially popular in Europe. 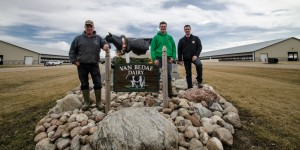 The family is so fond of Fendt tractors, in fact, that they had one of their newest models shipped to Canada when they made the trip across the Atlantic in search of a place to grow and expand their dairy operation. After 11 years of dairying in the Netherlands, they felt the country was simply getting too crowded for agricultural enterprises to expand and prosper, they explained. After exploring opportunities in Michigan, Indiana and Ohio, the Van Bedaf family initially settled in Calmar, Alberta, in 2001.

Unfortunately, even Canada proved to be too restrictive, due to the country’s quota system. Although they had approximately 100 cows at the time, the goal was to grow larger and include the children, who were getting old enough to help and taking an interest in dairying themselves. Yet, the cost of buying the quota for each additional cow was about $30,000. That’s when they decided to move again ¦ this time across the border to North Dakota. 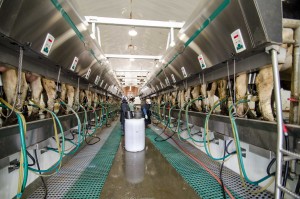 Today, with the second generation involved in the operation, Van Bedaf Dairy has grown to the point where the family is milking approximately 1,300 cows and shipping about 100,000 pounds of milk per day.

“Our average is about 80 pounds of milk per cow per day,” says 24-year-old Piet. “That amounts to around two semi-loads per day being bottled at the Cass-Clay plant in Fargo where it is processed.”

During the move from Canada to North Dakota, the family brought 200 replacement heifers with them, which were housed and eventually milked by a producer in Edgeley, North Dakota, until the family finished building a new barn and facilities in 2009. They also brought along the Fendt tractor they had purchased in the Netherlands, along with a second Fendt they purchased in Canada.

Since moving to the U.S., they have not only purchased more cows, but have also purchased two more Fendt models, including a high-horsepower model 927 from Butler, to match the growth of the operation and the desire to produce more of their own livestock feed.

“When we moved here, we didn’t know if there would be any Fendt dealers anywhere in the area,” Piet recalls. “So we were pleased to learn that Butler Machinery offered parts, service and new Fendt models. We start at around 5:00 A. M. every morning and use the tractors every day, 365 days a year,” he adds.” Yet, there’s never a morning our Fendt tractors don’t start, whether it’s hot in the summer or freezing cold in the winter. If we do have a problem, we need someone like Butler to come out right away, because we can’t afford to have a machine down.” 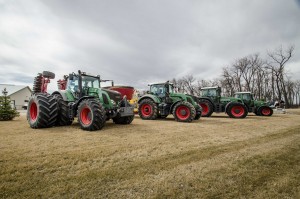 Piet says the best features of their Fendt tractors are the reliability, fuel economy and ease of use. In fact, they are so reliable that Cody Knutson, a Butler Machinery sales representative in Jamestown, North Dakota, became a little concerned.

“I had been going through some other service records, so I took a look at the service history on the Fendt 900 Series tractor the Van Bedafs purchased from us a couple years earlier,” he explains. “That’s when I noticed we hadn’t done anything with the tractor since they bought it. So I called Piet just to make sure things were okay. That’s when I learned that the tractor had already logged 3,200 hours without a single problem.”

“With all the electronics on today’s tractors, it’s pretty unusual to go that many hours without some kind of glitch,” he continues. “That’s what is so amazing about Fendt tractors. When you consider the low fuel consumption and reliability, the cost of ownership is very competitive.”

“Reliability for us is huge,” Piet concludes. “That’s why our family has never had anything but Fendt tractors, even if it’s meant bringing them with us when we’ve moved.”